WHAT IS YOUR LABEL?

WHAT IS YOUR LABEL?

On every Mission Discovery mission trip, we begin the morning together in God’s word. One speaker is chosen to give the word of the day so that everyone else can meditate on the Scripture. Our hope is that volunteers engage in group discussions throughout the day and in their small groups.

Video: Rylie Salyards //   What have you been Labeled as?

What have you been Labeled as?

Good morning everyone. My name is Riley Salyards and I am from a small town in northeast Colorado called Sterling. We do not live in the mountains, we actually live on the plains of Colorado pretty close to the Nebraska border. And the first trip that I took with Mission Discovery was in the summer of 2013. I was with my high school youth group and we went to Eden, Jamaica and then while I was in college I really felt the Lord calling me to give him my summer.

You might also label me as an educator so depending on when you met me you might label me as something different and all of those are true but it’s not what defines me.  And the Lord has used people with all different labels to bring glory to His name. Humans may label me as a small person in Northeast Colorado that couldn’t make a difference, but the Lord is going to use me to make a difference for his kingdom.

And so I love in 2 Corinthians chapter 4, what Paul says, he calls us “fragile jars of clay containing a treasure” and it’s clear that God is the one working through us. It’s not anything that we could do but only things that the Lord could do. So you know we are here to bring glory to God and to glorify his kingdom and expand His kingdom.

And you know, that’s what we want to be known for, is you know spreading the word of Jesus. And I just wanted to share today with you guys a story about two people that were labeled completely differently and how they brought glory to the Lord. It’s the story of David and Goliath and I’m sure all of you guys know this story. It’s found in first Samuel Chapter 17.

And when you look at David, I always think of the VeggieTales version of David and Goliath, and it’s called Dave and the big pickle. So David is this little tiny piece of broccoli and Goliath is just giant pickle. So when you think about them they are already, they already have many differences in different labels. Goliath label is he is the Philistine champion. He has, he’s a man that has been at war since his youth.

They are only servants of Saul. And you know, so as you see in this chapter, in this story, there are many different labels that people are given but the Lord is going to use David and the Israelites to bring himself glory. So let’s just talk about the story a little bit today. So in first Samuel Chapter 17 it starts out with the Israelites on one side of the valley and the Philistines on the other side of the valley.  And it describes you know how Goliath is nine feet tall and he has all this bronze armor on that weighs so many pounds.

And then Goliath goes and talks to the Israelites and asks them why are you sending everyone? Just send one. And if they defeat me, then we will be your slaves. And if I defeat him, then you will be our slaves. And he says that I defy the people of Israel. You guys are just servants of Saul and I am the Philistine champion. So there you see the labels he says you know they are just servants of Saul.

And you know after this the Israelites are completely terrified because they know how big and how great he is and everything that he’s defeated. So they are terrified when they come in contact with him saying only send one. And so then in the story you see David come on the scene. And David was not, David was actually in the field watching, keeping watch over his sheep and his dad Jesse had asked David to come to take his brothers some food.

So that’s what David’s doing is he’s bringing his brothers food, when he starts to ask questions. He gets to the camp and he starts to ask questions. And he said that he could defeat the Philistine champion. So we’re going to pick up in Chapter 17 Verse thirty two and Goliath is talking.  sorry, David is talking to Saul and he says don’t worry about this philistine, David told Saul. I’ll go fight him.

Saul finally consented. All right go ahead, and may the Lord be with you. So as you can see. You know because David has the army of the Lord on his side, he is ready to fight. He is ready to go beyond the labels that people have given him in order to bring glory to the kingdom of God.

If there’s one thing that we learn about this passage, it is that God does not follow the rules of you know who would normally win in this situation. But he uses the smallest of people and the people that probably don’t look like they would be able to feat, to defeat the big enemy, in order to bring Himself glory. So as you go to the end of the story you know that you know David did kill Goliath and was victorious.

And you know this is just to show how big our God is. It doesn’t matter what people of this world label us. Our God is bigger than everything. So my question for you today to think about, is what areas in your life do you feel like the Lord has been calling you, but you haven’t necessarily been responding? Remember that he can use anybody whether big or small to bring glory to His kingdom. So what areas are you,

what areas do you need to listen to the Lord so that he can, so that you can bring glory to His kingdom. Have a good day and have a great week. 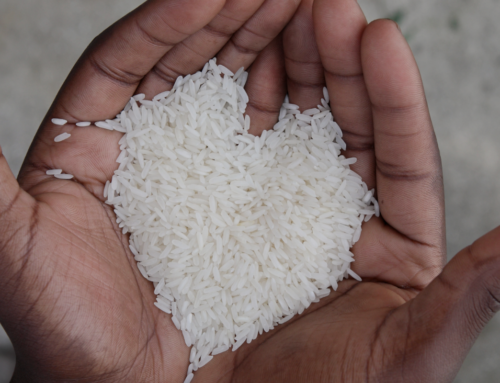